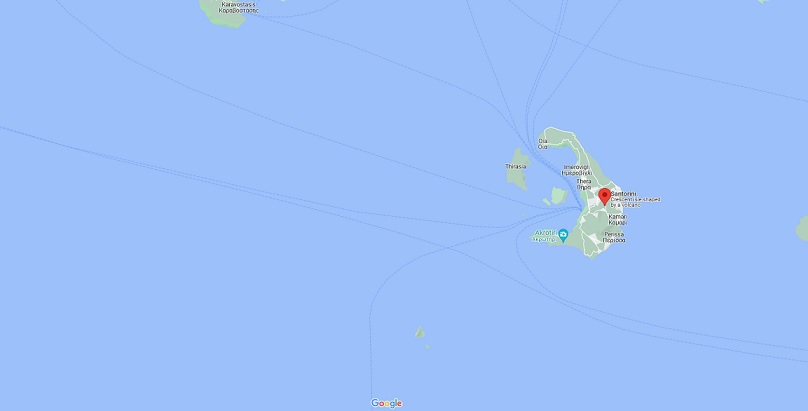 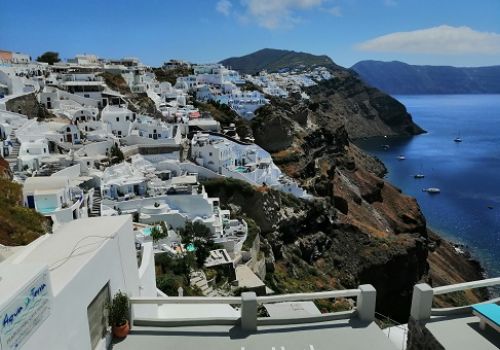 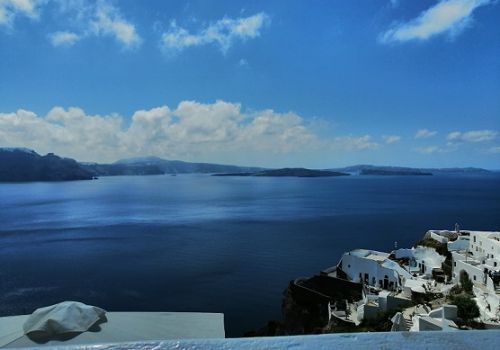 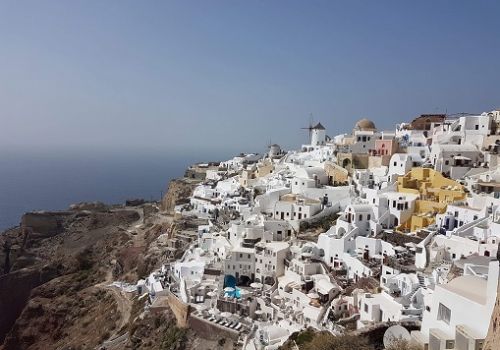 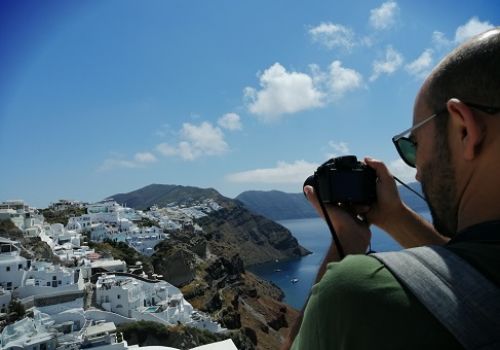 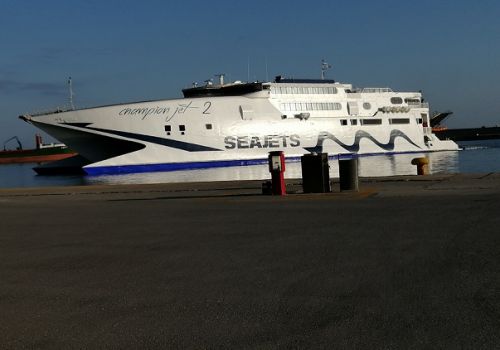 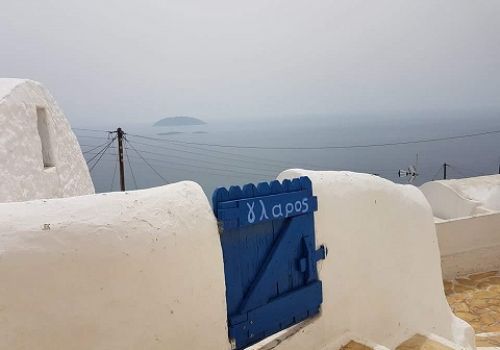 Santorini is the world –famous volcanic island located in the most southern part of the Cyclades group of the islands in the Aegean Sea. Beautiful sunsets and scenery, white, red and black beaches, impressive traditional houses, balconies with the view of the Volcano along with the remains of the antiquity and the myth of the lost Atlantis justify the words which determine this wonderful island. This beautiful island is essentially what remains after an enormous volcanic eruption that destroyed the earliest settlements on a formerly single island and created the current geological caldera and may have led indirectly to the collapse of the Minoan civilization on the island of Crete, through a gigantic tsunami.

The present –day crescent shape of the island is a consequence of the activity of the volcano in the prehistoric times .An enormous volcanic explosion dating back 3600 years and which created the current geological caldera; a giant central lagoon, more or less rectangular and measuring about 12 by 7 km, surrounded by 300 m high steep cliffs on the three sides. The mild activity of the volcano after this major eruption has built up two small islands within the caldera Palea and Nea Kameni .The impressive caldera dominates the west art of the island while the marvelous dry climate and the almost continuous sunshine create year around conditions which are perfect for observation, photographs and videos under an extraordinary variety of the natural lights and colors.